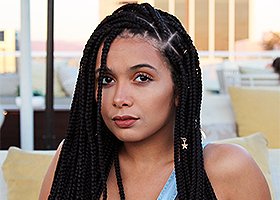 Hadid studied for some time at the University of North Carolina, but once decided that it was enough to spend time studying and it was time to start making a living. That is why she began to dance in strip clubs. The bosomed charmer of Aaliyah Hadid, as if by a storm, invaded the world of pornography and quickly gained success and popularity.

As soon as Aaliya Hadid enjoyed working for adults, she began to offer her services as a model on sites like SexyJobs, and once received a callback to shoot her first scene. The girl starred in 15 films for adults and received wide public acclaim.