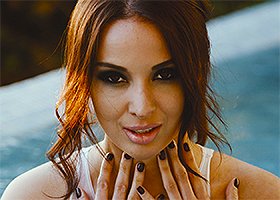 Anissa came into the adult movie industry in 2011 when she was 24. It’s unknown why she came into this business. Her debut was in the film Ultimate French Girls 3. Soon the actress started directing movies as well. Throughout her career, she was seen in the movies made in Spain, France, the UK, and the USA. Anissa had the deals with such studios as Digital Playground, Elegant Angel, Evil Angel, etc. According to IAFD, she has appeared in 492 movies and scenes so far. She also has her own website and a profile on OnlyFans. Her Twitter account has 212k readers.

She was nominated 37 times for AVN, XBIZ, NightMovies, Sex Awards, and other in various categories. In addition, she succeeded and got 2 AVN Awards as the Foreign Performer of the Year and XBIZ Award for Best Sex Scene in 2017.
Leaked Photos: http://thefappeningblog.com/category/anissa-kate/