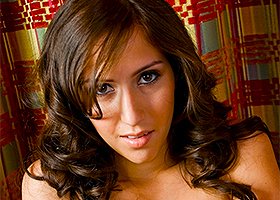 After she finished high school, she tried to go to New Jersey to build her life there. However, she came back home and soon went to Los Angeles (resides there now). In 2007 she worked at the reception but at one party she got acquainted with Kylee Reese who changed her worldview. The adult-movie starlet got her intrigued in trying herself in this business. O’Neil debuted in 2009. So far, she has appeared in more than 310 movies. Her work in the movies brought her multiple nominations for XBIZ, AVN, and Sex Awards. In 2013 she won Spank Bank Technical Award. In 2019 she’ll be nominated 5 times for the Best Sex Scene, the Best Supporting Actress, and the Most Outrageous Sex Scene.

Sometimes she works as a model. In 2009 she did a photo shoot for Naughty Neighbors. Her Twitter blog has 133k readers.

She shared that she likes cooking and spends her free time playing Xbox. When asked about her stage name, she explained she borrowed it from the comic book series Teenage Mutant Ninja Turtles.
Leaked Photos: http://thefappeningblog.com/category/april-oneil/