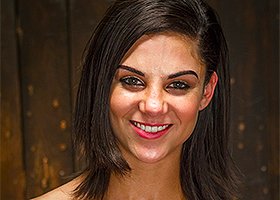 Her professional career began with being a fetish model and participating in car shows. Bonnie also used to be a stripper at 18 under the names of Dixie. In 2012 she started to appear in the adult movies. The same year she got breasts implants. Bonnie collaborated with Digital Sin and they devoted 2 whole films to her. They were a hit. Her debut as a director was in her own production company. It was the movie To the Core. Later she directed Sisters of Anarchy for Digital Playground.

Bonnie has more than 30 tattoos including a Frank Sinatra, a spider web, a zombie, etc. In 2017 she co-launched a tattoo salon with Gentle Jay but it lasted only 1 year. She was married to Dennis DeSantis for 2 years and now has a child (a daughter) from that marriage.
Leaked Photos: http://thefappeningblog.com/category/bonnie-rotten/