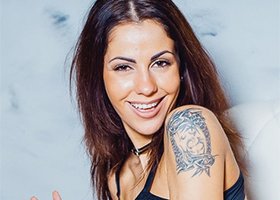 Elena also tried herself in other industries like singing and acting. For a short period of time, she was a DJ and singer in a girl band. She was even a TV presenter. Her participation in a reality show Dom-2 brought her into a spotlight. She was seen in SuperIntuition series and MTV Music Awards Russia in 2007 and 2008. Elena was seen in Hardcore Henry sci-fi movie and Territoriya Dzha sci-fi comedy. Before that, she built her career in the adult film industry in 2003-2005. She performed under the stage names Velvet Angel, Penelope, and Jewel.