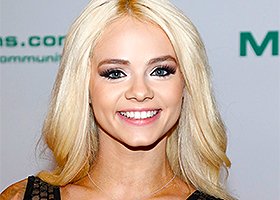 Her work already brought her several awards and nominations. In 2016 she was the Twistys’ Treat of the Month. In 2018 she was CherryPimps’ Cherry of the Month. In 2017 she won a number of awards including XBIZ, XRCO, and AVN Awards. In addition, she was nominated for NightMovies Award. In total, she was a nominee 29 times.
Leaked Photos: http://thefappeningblog.com/category/elsa-jean/