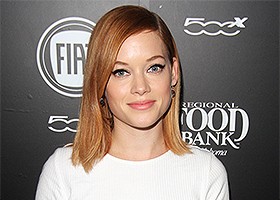 Jane Levy is a California-born actress. She (birth date 29/12/1989, Los Angeles) came to a very artistic family. Growing up Jane was an all-rounder. She shared in the interview that she got along with everyone, was captain of a soccer team, and was into hip-hop dancing. When being a child, she played in The Wizard of Oz in the local theatre.

After graduating from the conservatory, she went back to LA and focused on the vocation of an actress. That time she got to play a lead in Suburgatory (3 seasons). Magazines regularly featured her and the Forbes put her in 30 under 30 as an entertaining star. Later she worked at Fun Size. In 2013 Levy was seen in the remake of The Evil Dead. In 2016 she collaborated with the director of The Evil Dead again and acted in the movie Don’t Breathe. It turned out to be a real success and gathered more than $156 million.

Her latest acting achievement is playing in Office Uprising (2018) and Castle Rock. Soon she’ll appear in What/If along with Renee Zellweger and in Pretenders (by James Franco). Her resume also includes Monster Trucks, Frank and Cindy, I Don’t Feel at Home in This World Anymore, There’s…Johnny! She was seen in one episode of Twin Peaks.

She was wed to Jaime Freitas. However, the couple split up after 2 years.
Leaked Photos: http://thefappeningblog.com/category/jane-levy/