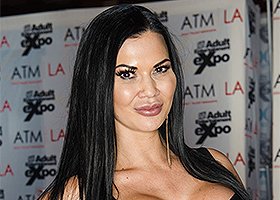 There is no information on her childhood. When she studies at the university, she used to work in a clothing store to make for a living.

Her work brought her multiple nominations for XBIZ, Spank Bank, and AVN Awards. In 2017 she won XBIZ Award for the Best Scene – Parody Release. She already has 2 nominations for AVN 2019 and 1 for XBIZ 2019. Her Instagram has over 321k followers and Twitter gathered 345k readers. In addition, she has a profile at OnlyFans where she regularly performs and uploads videos for the subscribers.

She is married to Ryan Ryder who is a fellow actor and director.
Leaked Photos: http://thefappeningblog.com/category/jasmine-jae/