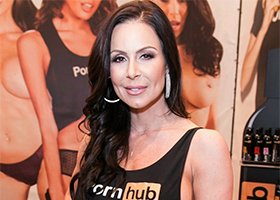 Kendra Lust is an American-born pornography actress and adult films director. Originally from Madison Heights, Michigan, she (birth date 09/18/1978) has French and Italian roots. During her college years, Kendra used to be a stripper for some time. She did it to pay for education. She has a bachelor’s degree in nursing.

Her professional career brought her a total of 13 wins and 15 more nominations for AVN, NightMovies, XBIZ, XRCO, and Urban X Awards.

Kendra is wed to a police officer. They have a girl. The family owns a house in Shelby Charter Township and a condo in Los Angeles.
Leaked Photos: http://thefappeningblog.com/category/kendra-lust/