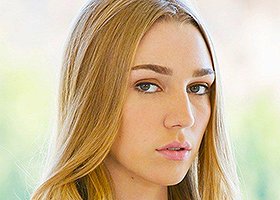 Sunderland is 5’9” (1.75m) tall and weighs 125 lb (57kg). The blonde has a slim figure, hazel eyes, and long straight hair. She has several tattoos on the right upper back, inner ankle, and the sun on the right side. Moreover, she’s got a few piercings on the nipples, nostril, and in the navel.

Her career began with being a webcam girl. She appeared in a total of 36 movies made for blacked.com, Jules Jordan Video, and Vixen DVD. Her work brought her numerous nominations and victories. She won AVN twice in 2017 and 2018. She also won Spank Bank and Spank Bank Technical Awards. Besides, she was nominated for a total of 14 times for AVN, Spank Bank, and XBIZ Awards. In 2015 she became the Penthouse Pet of the Month. In addition, she was a VIXEN Angel of the Year. Her social media accounts attract many people: Instagram already has 1m followers, while Twitter got 339k readers.
Leaked Photos: http://thefappeningblog.com/category/kendra-sunderland/