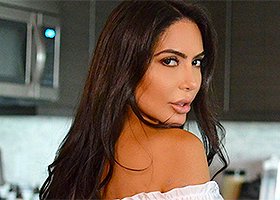 Lela was fascinated by cosmetic surgeries, so she had breasts implants and later buttock augmentation.

During her career, she received a number of awards including the Best Latin Starlet in Adam Film World Guide Award and nominations for NightMovies Award as The Best New Starlet, AVN Award for Best All-Girl Group Sex Scene and Best Group Sex Scene. Lela was also nominated for F.A.M.E. Awards and Twistys.

She also appeared in Kardinal’s music video Set It Off and in many magazines like Penthouse.