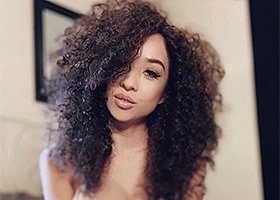 The pseudonym of the actress speaks for itself the jade beauty has a very unusual Asian appearance, slanting eyes, a slim build and a small height make her appetizing not only in the frame, but also in life. The videos in which the star is being shot are quite democratic, for example, it is not seen in the lesbian video, but the interracial scenes are given to the girl very well and vividly.