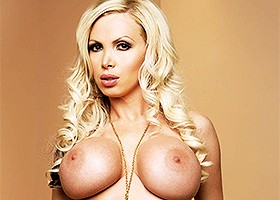 She co-hosted XRCO Awards with Lisa Ann and Sean Michaels and appeared on FoxSports’ show Cubed. Benz was even featured in a video game Saints Row: The Third – Penthouse Pack. As an actress Benz performed in My Trip Back to the Dark.

There was a lot of buzz when she announced she’ll run for mayor of Toronto on the Twitter account. This news got international but they didn’t accept the candidacy. She fights a lot for issues like gay rights, gender equality, etc. Nikki used to raise money for the Downtown Relief Line.
Leaked Photos: http://thefappeningblog.com/category/nikki-benz/