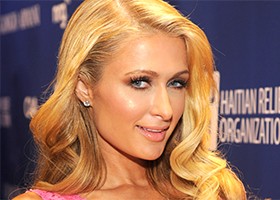 Paris Hilton belongs to the few people in the world who are famous for being famous. She’s a star since birth (02/17/1981) mostly due to her grandfather who launched the Hilton Hotels business. She was born in New York to a very famous family. Later moved to LA and spent all her school years there. Paris tried herself in various industries, starting from modeling. She worked with Donald Trump modeling agency (when growing up was friends with Ivanka Trump). Her way of life is regularly discussed in various yellow press articles. Gradually, Paris turned into a socialite and It Girl. People paid her to wear certain brands and appear at certain events like nightclub opening nights, casino events, etc. Being still very young she built her career out of partying.

Soon Hilton debuted as an actress in The Simple Life (the ratings were very high). She appears on the screen every now and then in different films.  In 2004 she introduced her book called The Confessions of an Heiress which got to a New York Times Bestseller list. Later Paris created a number of perfumes in collaboration with Parlux. In 2006 she got into singing and released an album that reached No 6 in Billboard 200.